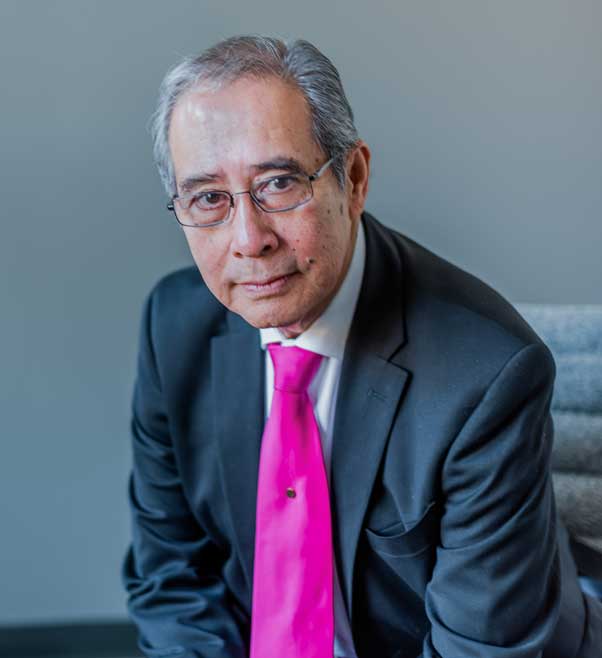 Dr. Campbell was born and raised in the Philippines. He earned his medical degree at the University of Santo Tomas, a premier medical university in Manila, Philippines. He completed his psychiatric residency with psychoanalytic training at the New York Medical College (formerly Grasslands Hospital), Valhalla, New York, Westchester County.

With his 45 years of both public and private clinical psychiatric practice, Dr. Campbell is now engaged in the care of persons with Sexual Dysfunctions, Gender Dysphoria, Relationship Distress with Spouse or Intimate Partners, Disruption of Family by Separation or Divorce, Substance Related and Addiction Disorder, Neurocognitive Disorder Due to Alzheimer's Disease, and Acculturation Difficulty. His private practice is in Scottsdale, Arizona.
Dr. Campbell, who is of course licensed to practice medicine in the State of Arizona has that great desire to help those who are suffering from the above-mentioned physical and psychiatric sicknesses and all other forms of neurocognitive disorders.

He had presented and written articles on various mental health topics, among them are on suicide prevention, homosexuality, sexual disorders, schizophrenia, drug abuse, death and dying, sexuality and aging, management of alcoholics and the treatment of post-traumatic stress disorder.
He retired after 28 years of service from the Veteran Administration Health Services. He was the Chief of Staff of the V.A. hospitals in Canandaigua, New York and in Shreveport, Louisiana.
Dr. Campbell is a retired Colonel of the U.S. Air Force Reserve where he served as a Flight Surgeon and Group Medical Commander.

He was a recipient of various military awards during his distinguished military service. He lectured on Hostage Management and Psychology of Terrorism In the military.

Dr. Campbell is active in the community and held various leadership and executive positions both in the medical and civic organizations. He was twice elected president of the Arizona Psychiatric Society, was president of the Philippine Psychiatrists in America and the National Association of Veterans Affairs Chief of Staff. He was a member of the Arizona Board of Medical Examiners.

Dr. Campbell lives in Scottsdale, Arizona with his wife. He enjoys spending time with his wife, two married children and 8 grandchildren. He likes to travel, read mystery books and is a regular patron of the Phoenix Suns and the Arizona Cardinals.

Dr. Campbell only accepts cash or check for payment for his services.